“My art speaks and will continue to speak, transcending barriers of nationality, of language and of other forces that may be divisive, fortifying the greatness of the spirit that has always been the foundation of the Ojibwa people.” Norval Morrisseau – Travels to the House of Invention

Norval Morrisseau (Copper Thunderbird) was a Grand Shaman of the Ojibwa people. Founder of the Woodland School of art, heralded as the Picasso of the North, Morrisseau as a single force, brought his message to all through his art.

Norval Morrisseau is one of the most original and important artists, indigenous or otherwise that Canada has produced. Norval was the first to paint the ancient myths and legends of the eastern woodlands, stories previously passed down by the oral tradition. He spent his youth in remote isolation in northern Ontario, near Thunder Bay, where his artistic style developed without the usual influences of other artist’s imagery. As the soul originator of his “Woodland” style he has become an inspiration to three generations of artists.

Norval was brought up by his grandfather who introduced him to Ojibwa shamanism and told him the stories and legends passed down amongst the Ojibwa people. Norval began producing images to illustrate these stories. He would draw on the sandy beaches of Lake Nippigon with a stick and let the waves take the images away. He was told by some that it was taboo to relate these stories. Norval Morrisseau is not a man that is easily dissuaded by ancient taboos. He developed his style, adding striking color to his paintings and eventually took them south to Toronto where they were meet with rave reviews. His work now hangs in all of the most prestigious museums in Canada and around the world. 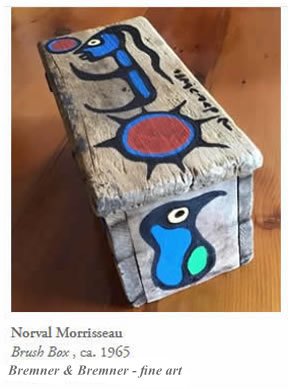 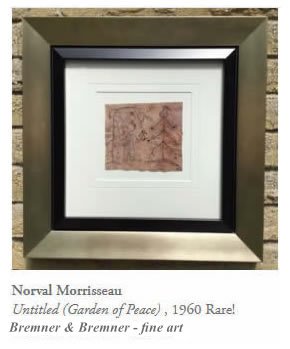 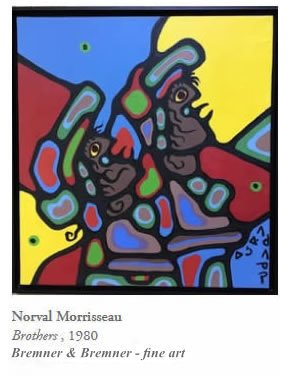 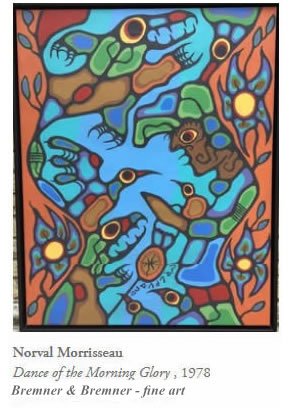 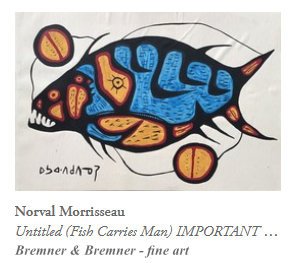 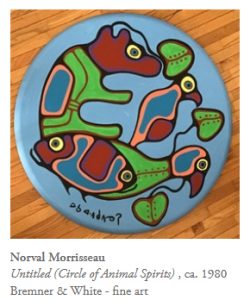 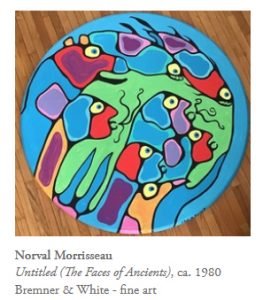 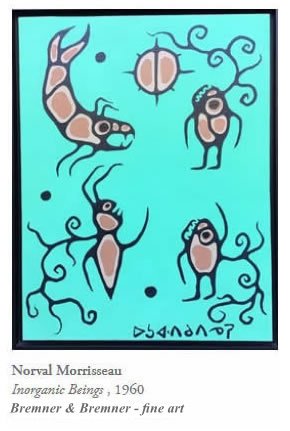 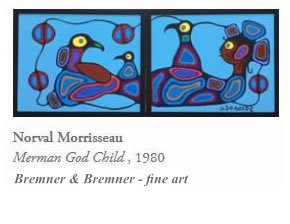 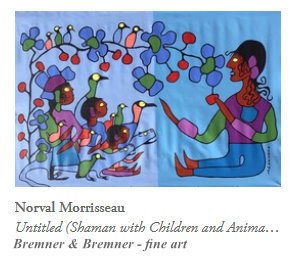 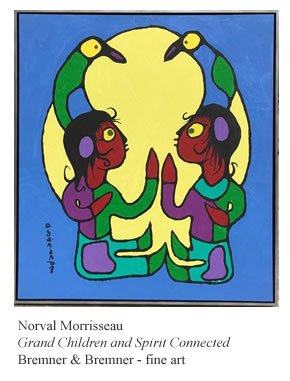 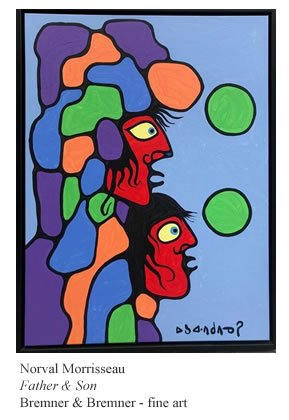 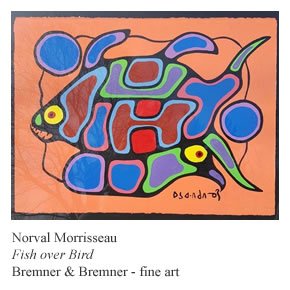 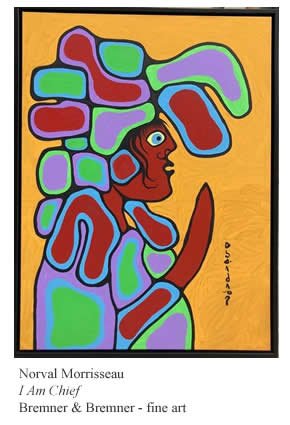 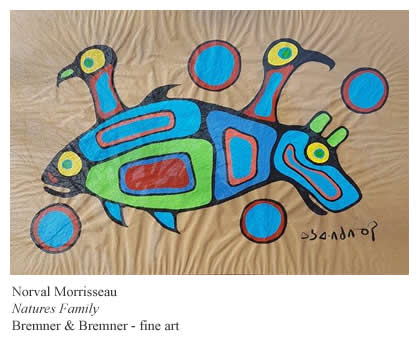 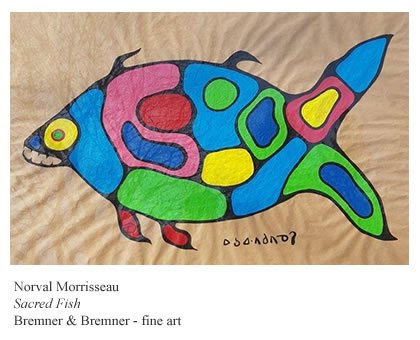 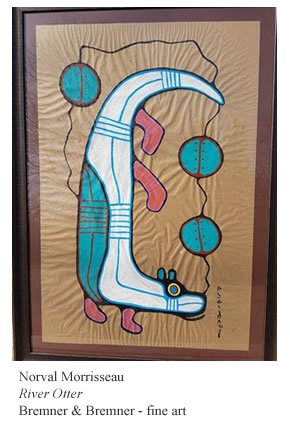 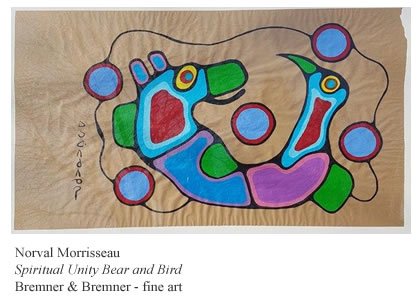 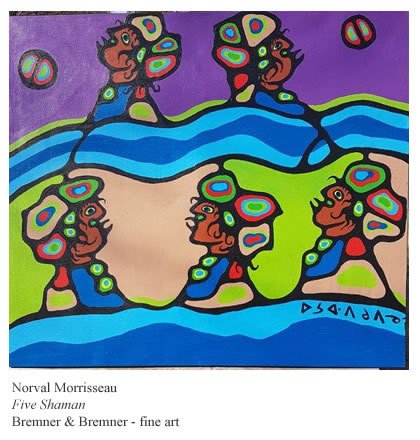 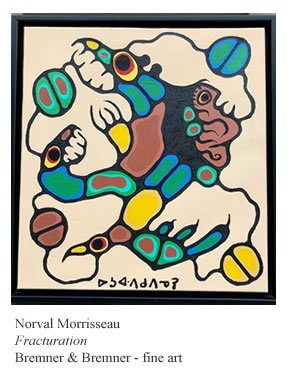 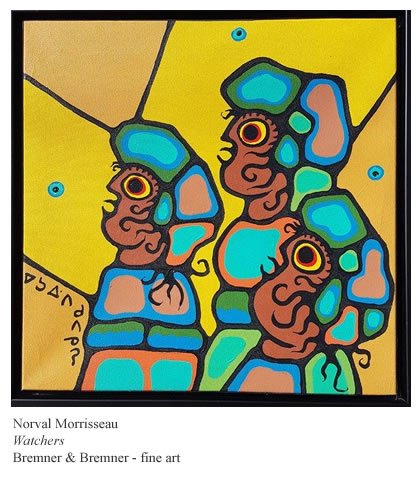 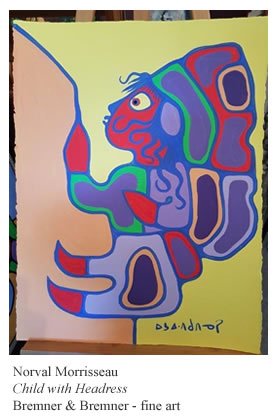 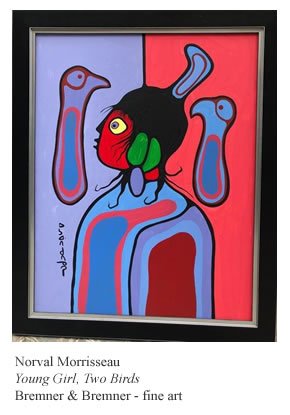 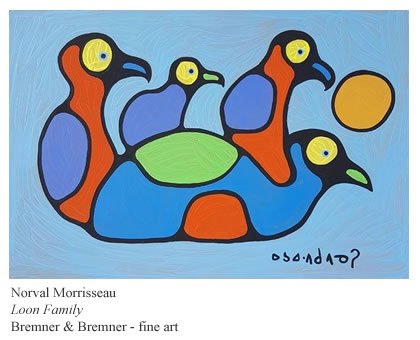 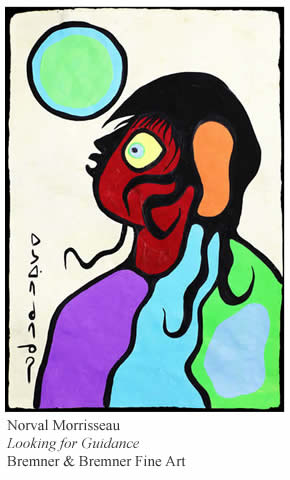 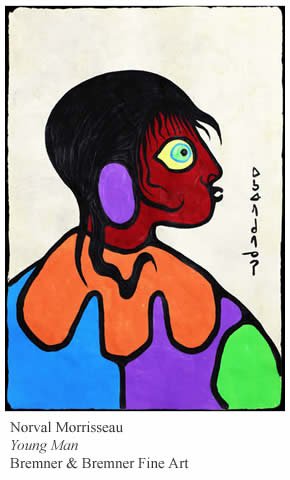 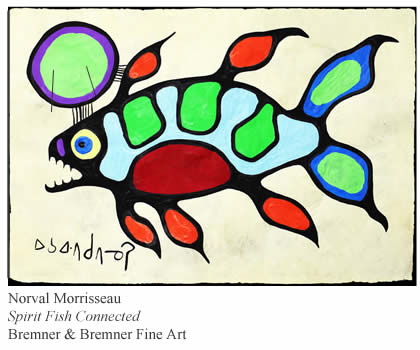 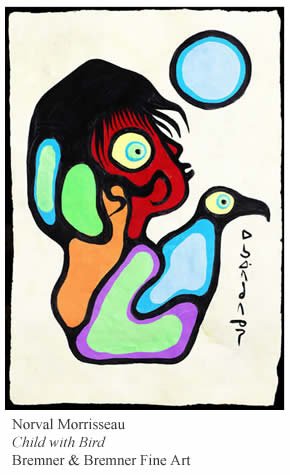 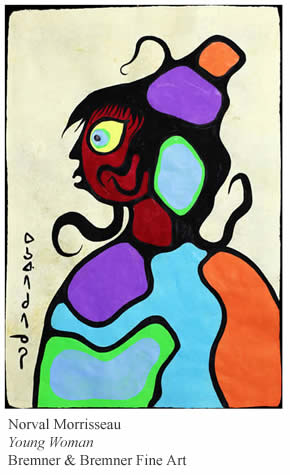 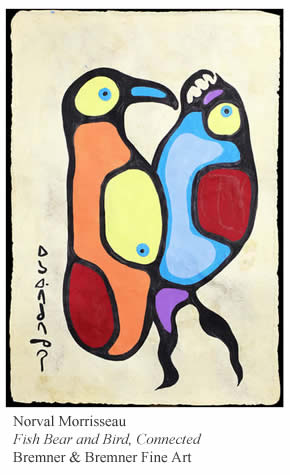